In partnership with the Red Deer Regional Airport, EFC Developments offers a unique land development opportunity that is targeted towards aviation, commercial and retail-related businesses.

ABOUT THE RED DEER REGIONAL AIRPORT

The Red Deer Regional Airport is in the heart of the economic corridor between Calgary and Edmonton. It is one of the busiest regional airports in Canada and the 4th busiest airport in Alberta. About 250 people work at the airport, which generates a considerable economic impact in its area. Last year it had 76,000 aircraft movements. With growing numbers, as well as large-scale private traffic, the future of the Red Deer Regional Airport is growth.

Situated on the southside of the Red Deer Regional Airport, EFC Developments has a total of 40,000 sq. metres of land that can be sub divided to accommodate a wide range of aviation or airport-related uses as well as a variety of commercial services.

The available airside land provides fully serviced lots that can be configured to meet any clients needs. This prime location has access to 3 million people within 90 minutes and is easily accessible by the QEII highway. The runway was expanded in 2016, increasing the total length to 7500 ft., thereby allowing bigger aircraft for expanded passenger and commercial services. The land is best suited for aircraft maintenance, fixed base operations, private/corporate hangarage or aircraft sales.

The available commercial land development has great exposure to roadway traffic along Airport Drive, which leads to the airport’s main terminal located in the community of Springbrook and nearby the town of Penhold. These lots are fully serviced and can be configured to any size. They are best suited for convenience commercial, retail or ground transportation services. 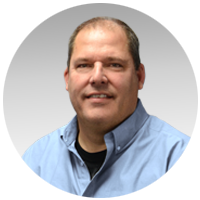